Forging tools name with the images 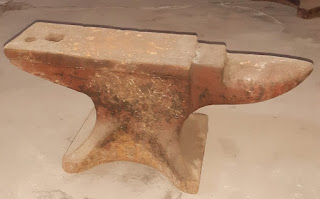 Anvil is the sporting device that is a sport the material when hammering is performed on it. A block on which forging work is done is called Anvil. It is made up of steel, cast iron or wrought iron. It acts as a Sporting device for all forging operation. The weight of the anvil varies from 100 kg to 150 kg. It is available in many size and shape 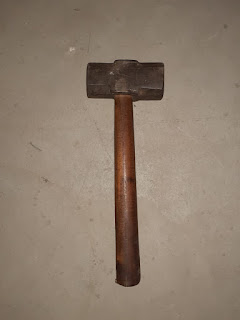 Hammer is used as a striking tool. It is divided into three types.

Hand hammer is a light in weight used by Smith himself. Sledgehammer is heavier in weight and is used by the Smiths helper. All the hammers are divided into 4 parts namely.

The power hammer is generally driven by electrical power. The job to be produced is placed on the anvil of the hammer with the help of the liver the weight is allowed to fall on the job. The factor which influences the working of the hammer.Size and shape of jobs

The falling weight of the hammer

The height of the falling weight 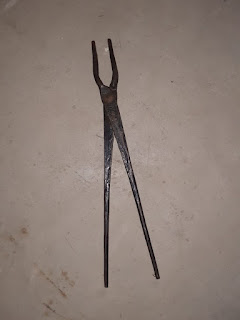 Tongs are used for holding and turning hot metal pieces depending upon their uses, tongs are classified into many types. All types of tongs have a similar construction to accept the mouth. Tongs have two legs shifted from a suitable place these are made up of mild steel. Various types of tong used in forging shop it is made in two pieces and both of the pieces are joined by hinges. The length of the tong varies from 12" to 18".It is classified based on the shape of the mouth of the tongs.

Chisel is used for cutting a metal piece in hot and cold states. Chisel is divided following categories.

The shank is fitted into the hard die hole in the anvil. Chisels and hard resets are made from carbon steel. It is hardened up to the desired label with proper tampering.

Punches are made up of high carbon steel and are used for making a rough hole in hot metal pieces. Punches are available in a different sizes but have a common shape. A drift is a largely sized punch used to enlarge a whole. 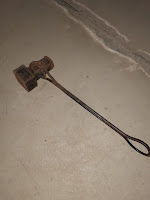 Flatter, as indicated by the name flatter, is used to flattening the workpiece. It is held in a thin wire. The material of the flatter is high Carbon Steel. The body of the flatter is squared in cross-section.


Swages are used for giving various shapes to the workpieces. These are made up of high carbon steel and used in two pieces as in case of the fuller. 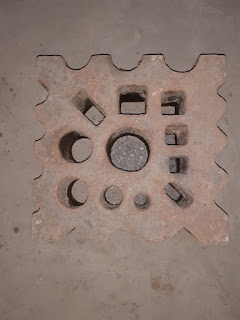 Swage block is a cast iron or cast steel rectangular block having a number of holes on it. Holes are made in different sizes and shapes. Its outer sides are also made sectional forms to receive various types of jobs. It is always planning on the cast-iron frame. 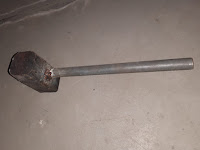 Set hammer has a similar shape to the flatters. It is made to tool steel.

Clamping vice is only a clamping device used in the Smithy shop. It is mounted with a table or wooden base. It consists of two jaws a spring and a leg. The hot workpiece is clamp in it while working.